Renée Battle-Brooks attended Middle East University in Beirut, Lebanon and earned her Bachelor of Science degree in Business Administration from Columbia Union College, now Washington Adventist University, in Takoma Park, Maryland. Ms. Battle-Brooks earned her Juris Doctor at the University Of Baltimore School Of Law. She worked for a number of years with the Public Defender’s Office for the State of Maryland and subsequently spent nearly nineteen years as an Assistant State’s Attorney for Prince George’s County, Maryland. Her duties have included Chief of the Child Abuse and Sexual Assault and Vulnerable Adult Unit where she prosecuted those who sought to harm children, including sexual exploitation and child pornography cases. Her final assignment in the Office of the State’s Attorney was serving on the Community Prosecution team where she dealt with a variety of issues to include human trafficking and other community issues. 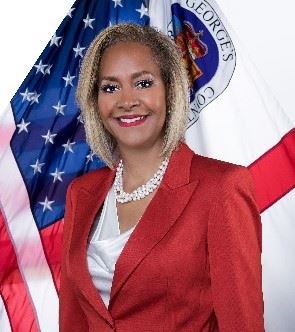