What's New? Click to find out about our Energy Efficiency Grants now available!

The Office of Central Services, Sustainable Energy objective is to provide reliable and environmentally sound energy solutions that  enhance the quality of life of Prince George's County residents' while concomitantly maximizing energy savings. The program coordinates the County's efforts to reduce the 3 Cs of Energy: CONSUMPTION, COST, and CARBON EMISSIONS. 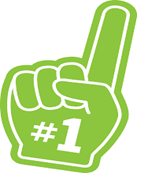 The County government has set forth actionable strategies in order to lead by example and help facilitate broad residents participation in becoming more energy conscious and efficient throughout the community. The following themes have emerged that inform selection of strategies and measures.

The County has already put in place a number of initiatives, programs, and policies that support efficiency and climate protection goals. The guiding laws, policies and plans seek to bring those existing County efforts together under one framework, suggest improvements or augmentations, and add new efforts where gaps exist.

·   Alignment with County Goals and Priorities

The County has a responsibility to deliver high quality core services in a way that encourages economic development, creates jobs, and generally improves the quality of life for County residents.

The development of far reaching solutions necessary to achieve significant GHG reductions will require coordinated and broad participation of residents, businesses, municipal governments and the other institutions that make-up Prince George’s County. This calls for significant outreach and communication efforts and the establishment of public/private partnerships to help build resilient communities.

·   Build Capacity in the Energy Sector

The program seeks to exemplify the nexus between energy, economic development, and job creation initiatives in the County. Staff work closely with the business community including diverse suppliers and county-based businesses to build an advance energy economy.

Climate Change
Sustainable Energy works closely with our regional partner, the Metropolitan Washington Council of Governments on various initiatives such as the development of the regional and county-wide GHG emissions inventory. Prince George's County surpassed the regional 2012 goal, demonstrating that GHG reductions are possible even as the population and economy grows. As of April 2018, despite experiencing an 8% growth in population, GHG emissions reduced from 11.3 MMTCO2e (million metric tons of carbon dioxide equivalent) in 2005 to 9.9 MMTCO2e in 2015, representing an overall decrease of 12% within Prince George's County. Click to read more of the latest GHG factsheet.

Plan Prince George's 2035 - Energy Infrastructure Chapter
Plan Prince George's 2035 builds on the County's General Plan to help guide future growth, development, and public investments in the County. It establishes policies and strategies to encourage investment in energy infrastructure, renewable energy, and the use of smart grid technologies and promote the efficient use of energy resources.

Transforming Our Communities, One Kilowatt at a Time
Click to learn more and apply for our Energy Efficiency Grants today!